From Symmetry of Soul
Jump to: navigation, search 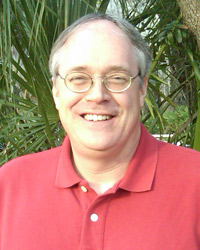 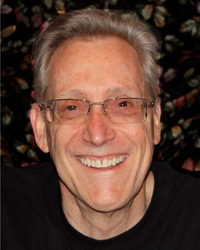 Kermit Anderson, M.Ed., MA, has been a student of The Urantia Book since 1969. Beginning in 1975 for forty years he and his wife Jackie hosted a Urantia Book study group in their Southern California home. During that time Kermit and Jackie were active in the First Urantia Society of Los Angeles (FUSLA) since re-named The Urantia Book Los Angeles Society (UBLA), serving in a number of leadership positions. In 2011, following retirement from 30 years of work in the fields of medical genetics, genetic counseling and genetic screening with Kaiser Permanente in Southern California, Kermit became a regular co-host on the Symmetry of Soul broadcasts. The Andersons currently live in the Portland, Oregon area and attend the Portland West Side Study Group.

Brad Garner, MS, grew up with The Urantia Book; his mother and father raised him with it. He strives to integrate its rugged truths into his life, while trying to remain humble and avoid all that zealous proselytizing of his younger days. Brad hails from a small town in the fair mountains of northern Arizona. His professional background includes computer science and hydrology (water) science; he spent 15 years with a major United States federal science agency before moving on in 2019 to the world of the self employed. Brad enjoys Symmetry of Soul's weekly learning and reflection, where he often shares anecdotes from his lifetime so far with The Urantia Book. 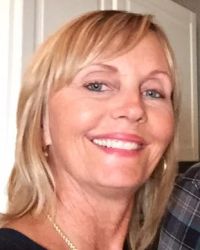 Andrea Barnes grew up in Denver and discovered The Urantia Book in Ft. Collins, Colorado in 1977. She has been reading ever since. She attended study groups in Denver and then, after moving to California, continued to attend and host study groups for years. After raising her children her goal was to deepen her understanding of The Urantia Book and be of service. She was on the General Council for the Urantia Book Fellowship for 6 years. Most importantly for her she found the online study group, Symmetry of Soul, and her prayers for in-depth study were answered. She was an avid listener and sometime co-host over the years before joining full-time in 2018. While she still has much to learn about understanding The Urantia Book as a synthetic whole—as do all of us—she always brings probing questions to Symmetry of Soul. 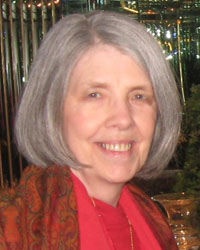 Ann was introduced to The Urantia Book in 1979. Over the years she has been a study group facilitator. During the 90s she was a member of The Fellowship General Council and Director of North America Area Coordinators. Her professional background includes executive-level marketing and management with national companies and non-profit organizations. Holistic approaches to living are of great value to her, as reflected in her work with whole life/health expos (where she has introduced The Urantia Book to attendees), certification with the Herrmann International Whole Brain Institute, and membership with Interfaith Councils. Ann is the original producer and founding member of Symmetry of Soul. She retired from the show in 2015, but fills in as a most welcomed guest co-host now and then. 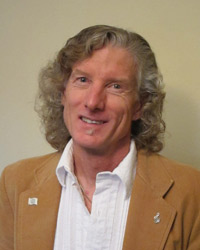 James Woodward discovered The Urantia Book in 1973. In the early 90s he began attending study groups and social events in Southern California, joining Urantia Association International (UAI) in 1993. Following a variety of volunteer positions in UAI, James joined the staff of Urantia Foundation in 2000. He served in the Reader Services Department for five years and then became Executive Director of UAI, serving until July 2008. James is an emeritus member of Symmetry of Soul--one of the original co-hosts--and retired from Symmetry of Soul in 2018.